An awesome new technology has been unveiled by Tencent, a Chinese technology company. Face recognition is used in this technology in order to prevent kids in China from playing mobile games at night.

Tencent is famous for launching many popular games such as PUBG Mobile, Mobile Legends, Arena of Valor, and many others.

How does this technology work?

Specifically, Tencent explains that this technology works by adults registering their accounts.

In the hours between 10pm and 8am, if they were found playing Tencent published games, through the front camera of the phone, the technology runs a facial recognition test.

Afterward, it will determine whether the person playing games on the device is the same as the person registered to the account. Anyone who refuses to verify or fails the test will be classified as a minor and will not be able to play the game. Tencent’s gaming apps will be blocked from their devices.

Tencent claims that facial recognition is accurate up to 99.8%!

Technology such as this is part of China’s official curfew that restricts the amount of time that minors (18 and under) can spend each day playing video games.

Can this technology be developed in Malaysia?

AEON IS NOW ON THE SAME RING WITH SHOPEE AND LAZADA! 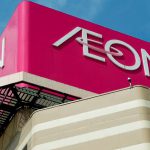 A DIVERSE VIEW: The Art of Leading and Motivating Through Inspirations