Few leaders have the ability to motivate people by inspiring them instead of manipulating them. Every single one of these inspiring leaders thinks, acts, and communicates identically. Using a natural pattern called The Golden Circle, they accomplish this.

A leadership expert, Simon Sinek, most famous for giving one of the most popular TED Talks of all time, illustrates how to use the Golden Circle model to distinguish your brand value proposition and why most of them don’t succeed.

As the name suggests, The Golden Circle was inspired by the golden ratio, a simple mathematical relationship that has fascinated thinkers for centuries. Using his research on how the most successful organizations think, act, and communicate, the Golden Circle theory explains how leaders can inspire cooperation, trust, and change within businesses.

The Golden Circle provides an alternative perspective to explain how some organizations and leaders have achieved disproportionately high degrees of influence. In it, Apple provides insight as to how it manages to innovate in so many diverse industries and never loses its capacity to do so. It illustrates how they inspired action instead of manipulating people into action.

As Sinek points out, stating one’s ‘Why’ effectively motivates others to act. When we communicate our ‘Why,’ we inspire others to act. The ‘Start With Why’ approach is how you articulate your purpose, your reason for existing, and your behavior. As Sinek points out, communicating a listener’s ‘Why’ is one way to engage the limbic system. As well as processing emotions such as trust and loyalty, the limbic system also plays a crucial role in decision-making.

Defining and communicating your ‘Why’ is an effective way to communicate with others, define your value proposition, and inspire action. According to Sinek, explaining ‘Why’ taps into the part of the brain that influences behavior. It is for this reason that the Golden Circle model is regarded as such an influential leadership theory. Communicating your ‘why’ at an organizational level is important to differentiate your brand.

When it comes to industries and leaders, it is imperative to go back to their original purpose, cause, or belief. Instead of focusing on “WHAT should we do to compete?” the question must be asked, “WHY did we start doing WHAT we do in the first place, and WHAT can we do to bring our cause of life considering all the technologies and market opportunities available today?” From there, people will be inspired without you even break a sweat! 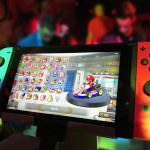 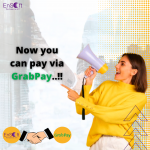 We have Successfully Collaborated with Grabpay!